by Speed's the Name 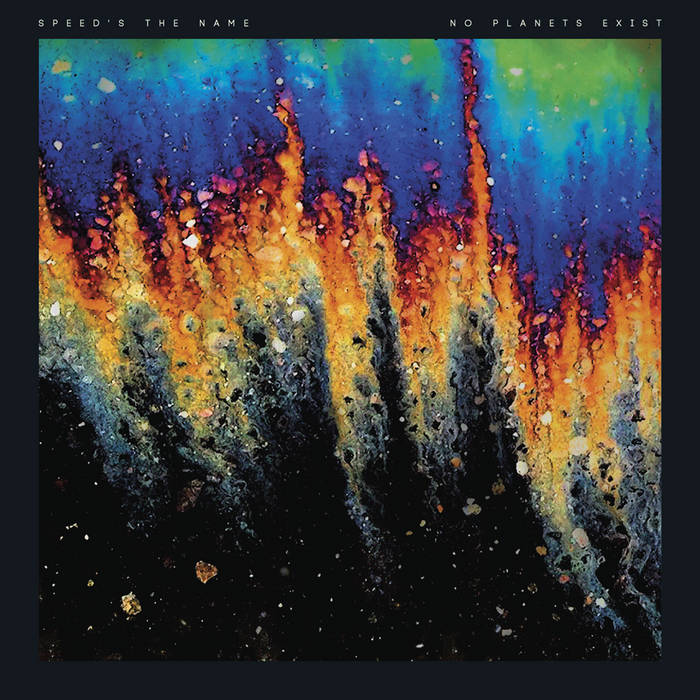 No Planets Exist represents the culmination of years writing, recording, and performing for Speed's the Name. Serving as the band's fourth release, No Planets Exist was recorded live in the studio, which truly captures the energy of the group in a new way. No Planets Exist continues to serve up the band's blend of progressive indie rock and accessible pop that fans have come to expect.

All songs by Speed's the Name

Recorded at the Hideaway Studios, Minneapolis
Produced by Speed's the Name
Recorded by Peter Remiger
Assisted by Andy Halvorson

Special Thanks to Grant Jensen for Trumpet on "Circles"

Track Name: Unicorn Blood
Kick me with your weightless feet
And turn me into sparkles
Make me atmospheric, sweet
And far away wind blown
I’ll keep all your secrets
And believe what you believe in
This is not just a place in time
It’s a dimension

Punch me with your lofty glance
And turn me into gold
Make it rain eternities
Where nothing’s ever old
Track Name: Circles
One day at a time
To help with a bitter mind
One drink to remember
Will put you right back in time
One thousand treasures
On every page in the book

A start that follows an end

A start that follows an end

I’ll put a million times
Every ounce of my
Will towards another try
Will towards a start that follows an end
Track Name: Holy Ghost
The salt that came from crimson tides
In all, is in the wounds and in the eyes
The river’s mouth is open wide
It talks to oceans, offering
It’s full and strong from feeding on the streams
We’ll float until we can’t anymore
And keep our feet above the floor
Finding out, while being found
Trying not to drown

Stand in line to see the holy ghost
He’ll decide what you deserve
My knees are cleaner than they were
Track Name: Bones
Ripe, to eat
To pick with my own thirsty hands
She shakes like the leaves of her favorite tree
The one who’s name we don’t know
Who pairs with her nose, to create the perfect sense
The way she pairs with mine
All I know is that I will never find peace on my own

A common thread
To wish for dead
A life of love
To go instead
Anywhere
You’re not there
When all I want to do is come home to you
Track Name: Devil's Meadow
No home for nocturnals
Always a more appealing place

Yes the wolves will howl
In the devil’s meadow

Patriots by definition
Only when in a crowded space

More than a soft escape
Pleasure cruise for the discontent

It’s not real
Track Name: Animals
Cannot breathe
When I need you

When did we start to turn
Into animals

But walking is a thing I will not do

Cannot breathe
When I need you

If we all turned to stone
We might be better off

I can hear you calling out at night

Cannot breathe
When I need you

Gonna keep
Waiting for you
Track Name: Moonlight Song
On and on
Delicate singing of a moonlight song
It’s a marathon
We danced away our destiny
We had so much
And we gave it up

Bandcamp Daily  your guide to the world of Bandcamp